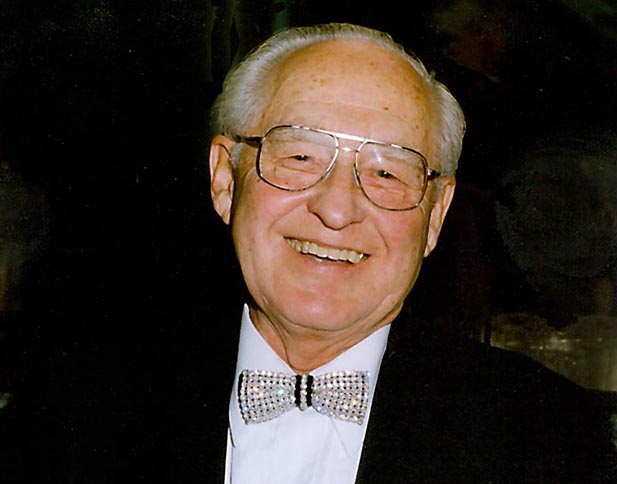 “Hank” was a man of boundless energy, ever flowing ideas and a most generous heart supporting his lifelong commitment to community and humanity.Hank was born on December 21, 1915 in Linnton, Oregon. However, early in his life he became a San Francisco Bay Area resident. Early interests took him to sea where he rapidly rose in level of command. Hank served in the Merchant Marines from 1939 through 1949. The salt water never left his blood.

After his maritime career, he turned his talents to issues and opportunities of business… founding, growing and managing a number of business entities in the San Francisco Bay Area. He was founder and President of IT Corporation for 25 years.

His devotion to community and people prompted his funding of an entrepreneur scholarship at the University of Southern California and, in recent years his involvement in the rehabilitation of The Rio Vista Foundation (where his pet project was The Rio Vista Aquatic Center) and the Thailand Clinic Project.

Hank enjoyed entertaining, boating and traveling the world. But what he really enjoyed was high energy involvement in people projects. Hank passed away on July 28, 2006 before his most recent project was complete.  However, he would be pleased to know that the Clinic is a successfully completed project and is “on duty” as he foresaw.